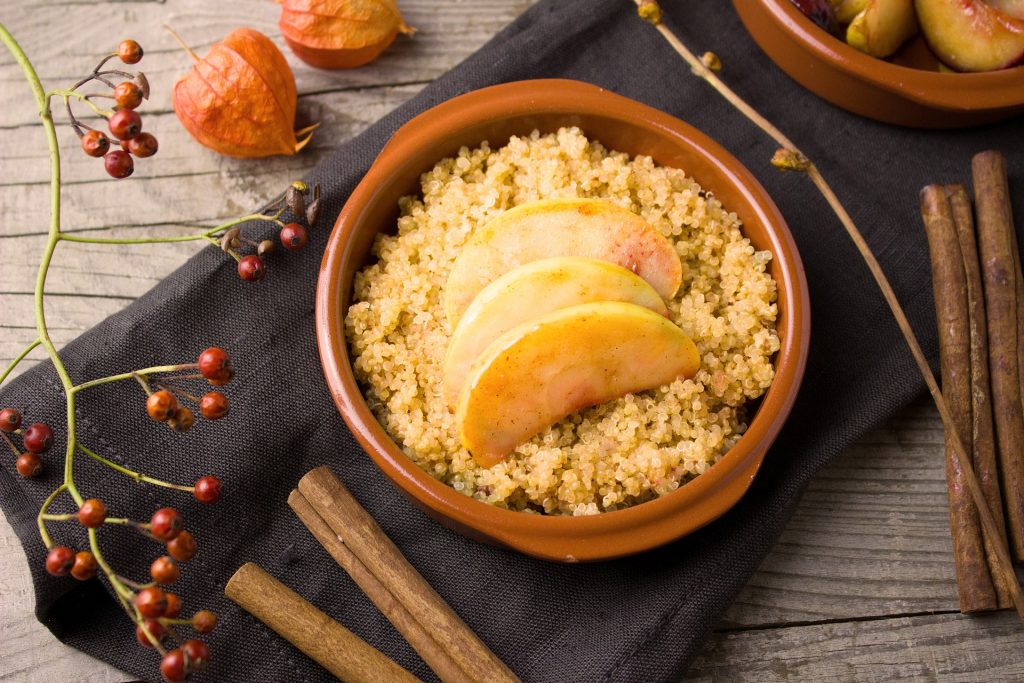 What You Need To Know About The Benefits of Quinoa

What You Might Want To Know About The Benefits Of Quinoa

Though often labeled as a grain, quinoa is actually a seed. For those who have gluten intolerance or even Celiac’s Disease, one of the benefits of quinoa is a grain-like addition to their diets without the negative effects of gluten.

Free radicals can damage cells and lead to disease. While part of the normal aging process, many aspects of modern lifestyle can add more sources of free radicals like fried foods and air pollution. Antioxidants are a proven way to offset much of the destruction from free radicals.

Since most of us cannot relocate to a pristine environment we need changes in our lifestyles, especially diet. Quinoa is one such dietary staple that has demonstrated antioxidant properties.

Quinoa can offset heart disease risk factors like triglycerides in the bloodstream. Research in mice has also found quinoa can lower total cholesterol, including LDL-C.

A group of postmenopausal, overweight women consumed quinoa flakes in a double-blind study for 4 weeks. This group experienced a greater overall reduction in total cholesterol and inflammation vs a similar group who ate a similar amount of corn flakes. Another of the benefits of quinoa is not just lower triglycerides but lower cholesterol and inflammation in overweight, postmenopausal women.

You are in charge of your health. Doing a little extra research will not only let you make better decisions but also empower YOU with knowledge. To help you learn more let HealthCare Too start you with some links:

When you are ready, here are some products that may help you experience some of quinoa’s health benefits for your own health and household.